Noris Maria Dias is an artist and art therapist currently established in Oslo, where she manages her own gallery, Galleri Noris, in the city-centre district of Frogner.

Born in South Brazil, Noris began painting at the age of fourteen in the atelier of the Uruguayan professor and impressionist artist Nestor Rodrigues, also known as Nesmaro.

As an eighteen year old, she travelled to Europe to study medicine and work. She spent several years in the continent and lived for longer periods of time in Italy, France, Norway and Sweden.

The great majority of her artworks are oil on canvas. Other employed techniques are drawing, aquarelle and lithography.

Noris has participated in several exhibitions – both collective and individual – in Brazil, France, Bosnia, Ukraine, USA, Sweden and Norway.

Her pictures are figurative and greatly influenced by expressionism. They tend to depict themes with increased focus on the human condition, the masculine and the feminine, and the relationship between man and nature. In the light and gayness there is always something reminiscent of the dark and gloomy, whilst more somber paintings always contain a beam of light. 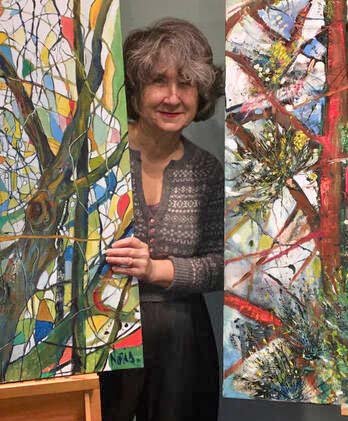